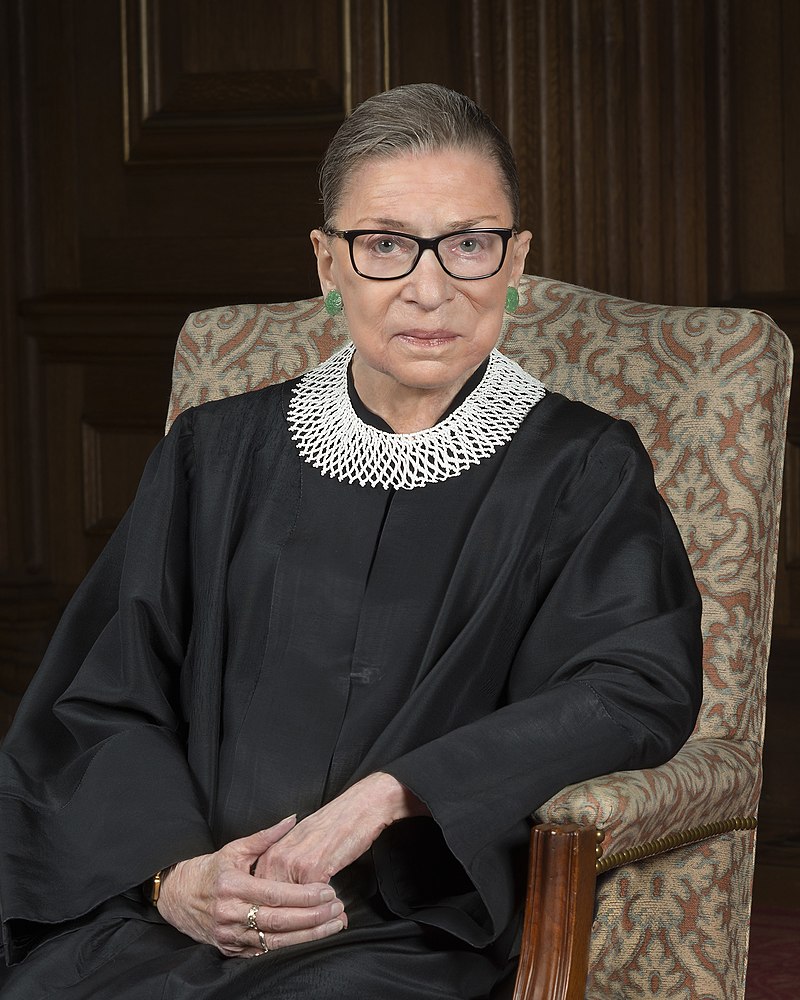 Ruth Bader Ginsburg born Joan Ruth Bader was an associate justice of the Supreme Court of the United States from 1993 until her death in September 2020. She was nominated by President Bill Clinton.She was part of the liberal wing of the Court. Ginsburg was the first Jewish woman and the second woman to serve on the Court, after Sandra Day O'Connor. During her tenure, Ginsburg wrote notable majority opinions, including United States v. Virginia (1996), Olmstead v. L.C. (1999), Friends of the Earth, Inc. v. Laidlaw Environmental Services, Inc. (2000), and City of Sherrill v. Oneida Indian Nation of New York (2005).

Ginsburg was born and grew up in Brooklyn, New York. Her older sister died when she was a baby, and her mother died shortly before Ginsburg graduated from high school. She earned her bachelor's degree at Cornell University and married Martin D. Ginsburg, becoming a mother before starting law school at Harvard, where she was one of the few women in her class. Ginsburg transferred to Columbia Law School, where she graduated joint first in her class. During the early 1960s she worked with the Columbia Law School Project on International Procedure, learned Swedish and co-authored a book with Swedish jurist Anders Bruzelius; her work in Sweden profoundly influenced her thinking on gender equality. She then became a professor at Rutgers Law School and Columbia Law School, teaching civil procedure as one of the few women in her field.

Ginsburg spent much of her legal career as an advocate for gender equality and women's rights, winning many arguments before the Supreme Court. She advocated as a volunteer attorney for the American Civil Liberties Union and was a member of its board of directors and one of its general counsel in the 1970s. In 1980, President Jimmy Carter appointed her to the U.S. Court of Appeals for the District of Columbia Circuit, where she served until her appointment to the Supreme Court in 1993. Between O'Connor's retirement in 2006 and the appointment of Sonia Sotomayor in 2009, she was the only female justice on the Supreme Court. During that time, Ginsburg became more forceful with her dissents, notably in Ledbetter v. Goodyear Tire & Rubber Co. (2007). Ginsburg's dissenting opinion was credited with inspiring the Lilly Ledbetter Fair Pay Act which was signed into law by President Barack Obama in 2009, making it easier for employees to win pay discrimination claims.

Ginsburg received attention in American popular culture for her passionate dissents in numerous cases. Ginsburg died at her home in Washington, D.C., on September 18, 2020, at the age of 87, from complications of metastatic pancreatic cancer.

This memorial is permanently stored on Kevacoin blockchain.

In memory of Ruth Bader Ginsburg